To lift the burden of breast cancer, the important contribution of environmental chemicals to the development of the disease must be an integral part of cancer prevention strategies. 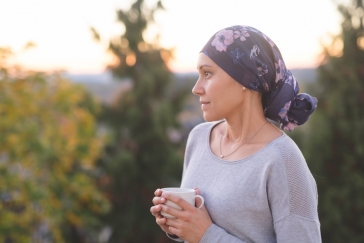 Too many women are diagnosed with breast cancer each year in the United States. The disease is now the most commonly-diagnosed cancer in the country, surpassing lung cancer. Yet, despite advances in medical research, incidence rates in the U.S. have remained largely unchanged, while rates globally continue to rise.

A woman born in the U.S. today has a 1 in 8 chance of developing invasive breast cancer during her lifetime. It is the leading cause of death in women in their mid‐life—a time when they are raising children, participating in the workforce, and contributing to their communities.

Among Black women, breast cancer rates have been steadily increasing in recent years and are now converging with those of White women, who historically have had the highest rates. Breast cancer is also on the rise in Asian-American women, particularly among recent immigrants.

Adding to the burden is the enormous cost of the disease. According to the National Institutes of Health, breast cancer is the most expensive cancer. Medical costs associated with the disease are expected to reach $20.5 billion a year by 2020. With the rising cost of new treatments and ever-escalating out-of-pocket expenses, more and more patients are going into debt, reflecting a system of cancer care that is financially unsustainable.

There are many factors that influence a woman’s chances of developing breast cancer. Exposure to radiation, consuming alcohol, being overweight, or not being physically active are well-known risk factors. Women with certain inherited genetic mutations or a strong family history of the disease also have an increased risk.

Another important risk factor is prolonged exposure to estrogen and other hormones that play a role at various stages in a woman’s life. For instance, early menarche (first period), late menopause, delayed childbearing, and not breastfeeding can increase a woman’s lifelong exposure to estrogen, and as a result, her risk of developing breast cancer.

Breast cancer is the leading cause of death in women in their mid‐life—a time when they are raising children, participating in the workforce, and contributing to their communities.

However, these established risk factors do not account for all cases of breast cancer, far from it. Inherited high-risk mutations in the breast cancer genes—BRCA1 and BRCA2—only account for an estimated 5 to 10 percent of breast cancers. What’s more, women can eat right, exercise, and make certain reproductive decisions to reduce their risk, and still get breast cancer.

So what else might explain the high incidence rates? Mounting evidence points to hazardous chemicals in our everyday environment as important—and often overlooked—contributing factors. These are chemicals we are exposed to through the air we breathe, the food we eat, the water we drink, and the products we use. Many of them have been linked with breast cancer.

The role of environmental chemicals 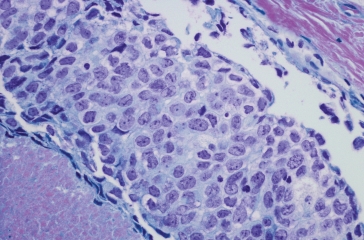 In the aftermath of World War II, industry began producing large quantities of synthetic chemicals including pesticides, plastics, solvents, and other substances. These chemicals made their way into our everyday products and into our environment, with little regard for safety. Since then, tens of thousands of chemicals have been produced and sold on the market, the vast majority of which have not been tested for their effects on human health.

Over the last couple of decades, studies show exposure to certain chemicals can contribute to the development of breast cancer. In a landmark study published in 2007 in the journal Cancer, researchers at Silent Spring identified 216 chemicals that cause mammary tumors in animals. About half of these are chemicals women are routinely exposed to in their everyday lives.

Meanwhile, laboratory studies have uncovered several biological mechanisms by which chemicals can lead to breast cancer: Chemicals can damage DNA causing uncontrolled cell growth; they can act as tumor promoters that make cells grow; and they can change the way the breast develops, leaving it more vulnerable to carcinogens.

In a study in 2003, we detected dozens of EDCs in air and dust inside the home, demonstrating for the first time that consumer products are major source of indoor air pollutants.

Because hormones, such as estrogen, have been shown to influence breast cancer risk, much of Silent Spring’s research focuses on a particular group of chemicals called endocrine disrupting chemicals (EDCs). These are chemicals that mimic or interfere with the body’s natural system of hormones. They are also widespread in consumer products, including personal care items, furniture, food packaging, and building materials.

Over the years, our research has shown that EDCs migrate out of products, accumulate in indoor air and dust, and enter our bodies. In a study in 2003, we detected dozens of EDCs in air and dust inside the home, demonstrating for the first time that consumer products are major source of indoor air pollutants. This ongoing work allows us to uncover important sources of exposure to hazardous chemicals in our everyday environment, while identifying new opportunities for preventing breast cancer and other diseases. 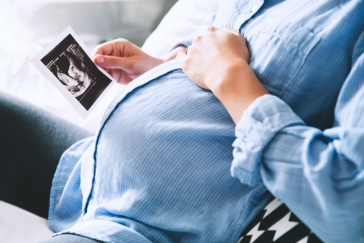 Studies suggest the origins of breast cancer may occur early in life, in the womb, during puberty, and through pregnancy. These critical time periods are commonly referred to as “windows of susceptibility”—developmental stages when an individual may be most vulnerable to environmental exposures.

In a comprehensive review of epidemiology studies on environmental chemicals and breast cancer, Silent Spring scientists revealed strong evidence linking exposure to chemicals early in life with increased risk of breast cancer later on. Early exposure to DDT, dioxins, the highly-fluorinated chemical PFOSA, and air pollution, was found to be associated with a two- to five-fold increased risk of breast cancer. Similarly, early exposure in the workplace to high levels of organic solvents and gasoline components was another important risk factor.

One of the clearest examples of the lifelong consequences of early life exposures can be seen in the Child Health and Development Studies (CHDS). In this unique and valuable multigenerational study, researchers collected blood samples from women in the 1950s and ‘60s, and followed the women and their children to see who developed breast cancer. The study found that women who were exposed to high levels of DDT before the age of 14, when the pesticide came into widespread use, had a 5-fold increased risk of developing breast cancer by age 50. What’s more, when the researchers looked at the daughters, those whose mothers had higher blood levels of DDT during pregnancy, had a 4-fold increased risk of developing breast cancer later on. 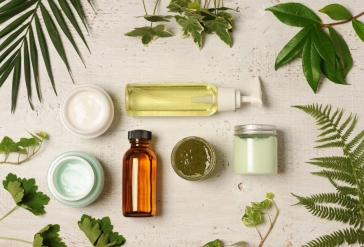 Unlike other factors such as genetic susceptibility, environmental chemicals are modifiable risk factors—things we can change. If we can reduce people’s exposures to hazardous chemicals, we can prevent disease.

Consider the Women’s Health Initiative study, which found that women taking combination hormone replacement therapy (HRT) have an increased risk of developing breast cancer, heart disease, stroke, blood clots, and other effects. Because the risks of taking HRT were found to outweigh the benefits, women stopped taking the drugs starting in 2002. As a result, approximately 12,600 women a year in the United States have been spared a breast cancer diagnosis. Imagine how many more women could be spared a diagnosis by removing hormone-disrupting chemicals from our environment?

With the publication of the President’s Cancer Panel report on environmental pollutants and cancer, followed by the Institute of Medicine’s report on breast cancer and the environment, we are starting to see a shift in the way the nation’s physicians and scientists think about how to prevent breast cancer. Rather than waiting for definitive proof that certain chemicals cause human harm before acting, many experts are calling for a new emphasis on cancer prevention that is focused on reducing and eliminating people’s exposures to toxic chemicals.

We cannot wait until a whole community has been exposed to a chemical for decades to see if it causes breast cancer. Instead, we need new strategies now for identifying harmful chemicals and the ways in which people come into contact with them.

In other words, when strong evidence of harm exists, we must take steps to protect people’s health. It is unfeasible to rely on evidence from human studies in order to decide if a chemical is safe or not. Epidemiologic studies can yield meaningful results in the long-term, but they are unable to serve populations at risk in the short term—we cannot wait until a whole community has been exposed to a chemical for decades, as in the case of DDT, to see if it causes breast cancer. Instead, we need new strategies now for identifying harmful chemicals and the ways in which people come into contact with them.

Silent Spring Institute is tackling these issues—and more—through its many research initiatives. We are investing in solutions to protect people from exposure to harmful chemicals and accelerate the development of safer alternatives. These solutions hold great promise for reducing the incidence of breast cancer and other diseases, while creating a healthier and more sustainable environment for generations to come.