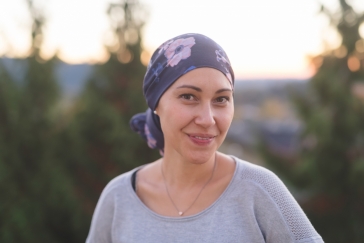 In the most comprehensive review to date of how breast cancer develops, scientists have created a detailed map that describes the many ways in which environmental chemicals can trigger the disease. Using ionizing radiation as a model, the researchers identified key mechanisms within cells that when disrupted cause breast cancer. Because the findings can be generalized to other environmental carcinogens, they could help regulators identify chemicals that increase breast cancer risk.

“We know exposure to toxic chemicals can play an important role in the development of breast cancer,” says Ruthann Rudel, an environmental toxicologist at Silent Spring Institute and one of the study’s co-authors. “Yet, when regulators try to evaluate whether a chemical is harmful or not, the tests they use do not capture the effects on the breast. This gap in testing means potential breast carcinogens are being given the green light for use in our consumer products.”

Breast cancer is the most common invasive cancer in women, with incidence rates highest in North America and Europe, and rates increasing globally. Because only 5 to 10 percent of breast cancers are due to high risk inherited mutations, such as BRCA1 and BRCA2, scientists say a better understanding of how environmental factors contribute to the disease is needed to prevent future breast cancers and lower incidence rates.

Toward that end, researchers at Silent Spring looked at ionizing radiation—an established risk factor for breast cancer. People can be exposed to ionizing radiation from many sources, including X-rays, CT scans and radiation treatment. The effects of radiation on breast cancer have been extensively studied, based in large part on studies of survivors of the atomic bombings in Hiroshima and Nagasaki and women who were exposed to medical radiation as adolescents.

Reporting in the journal Archives of Toxicology, Rudel and co-author Jessica Helm reviewed 467 studies to identify the sequence of biological changes that occur in breast cells and tissue from the time of radiation exposure to the formation of a tumor. They then created a map of these sequential changes, revealing multiple interconnected pathways by which ionizing radiation leads to breast cancer.

The researchers created the map using a framework called an Adverse Outcome Pathway (AOP). AOPs were designed by the Organisation for Economic Co-operation and Development (OECD) as a way to represent how complex diseases develop, and to help regulators, chemical manufacturers, and drug companies predict how chemicals might affect diseases early in the research process.

“This study is important and highlights the need for a holistic consideration of mechanistic evidence when identifying potential carcinogens,” says Kathryn Guyton, a senior toxicologist at the International Agency for Research on Cancer. “In reality there are multiple key characteristics of carcinogens. Increasingly, we are appreciating that human carcinogens may exhibit different combinations of these key characteristics.”

The Silent Spring team also found that the biological changes that lead to breast cancer are highly influenced by reproductive hormones, such as estrogen and progesterone. Reproductive hormones stimulate the proliferation of cells within the breast, so chemicals that similarly encourage cell proliferation could make the breast more susceptible to tumors. “Critical periods of development, such as during puberty or pregnancy when the breast undergoes important changes, are times when the breast is especially vulnerable,” says Rudel.

“This study is an invaluable contribution to the field and a real wake-up call for regulators,” says Linda Birnbaum, former director of the National Institute for Environmental Health Sciences. “By holding on to an oversimplified model of how chemicals cause cancer, regulators have been missing critical information, potentially allowing toxic chemicals to enter our products, our air, and our water.”

The AOP project is part of Silent Spring Institute’s Safer Chemicals Program which is developing new cost-effective ways of screening chemicals for their effects on the breast. Knowledge generated by this effort will help government agencies regulate chemicals more effectively and assist companies in developing safer products.