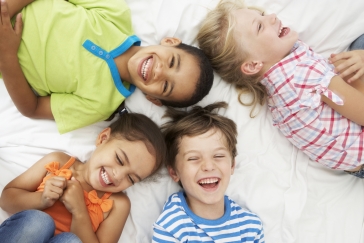 On September 20th, the U.S. Consumer Product Safety Commission (CPSC) voted in favor of removing an entire class of flame retardants from children’s products, mattresses, upholstered furniture, and electronics. The CPSC panel also voted to warn the public immediately about the dangers of organohalogen flame retardants, publishing today guidelines for consumers and manufacturers on how to avoid these toxic chemicals.

This represents a huge victory for public health, and was made possible thanks to a broad coalition of scientists, advocacy groups, legal experts, and concerned citizens who came together to protect consumers from toxic chemicals.

The vote pertains to a group of chemicals called organohalogen flame retardants. These chemicals have been linked with cancer, decreased IQ in children, reproductive problems, hormone disruption and other health effects. They are structurally similar to DDT and dioxins, which are associated with serious health hazards including an increased risk of breast cancer.

At Silent Spring, we’ve been tracking exposures to flame retardants in the population for the last 15 years. We’ve measured levels of an organohalogen flame retardant called TCDIPP in the dust of virtually every home we’ve tested, as well as in dorm rooms on college campuses. And we find these chemicals at levels above the U.S. Environmental Protection Agency’s cancer risk screening levels.

The CPSC vote was in response to a petition filed by the non-profit law firm Earthjustice and Consumer Federation of America on behalf of 10 organizations and individuals, including the American Academy of Pediatrics and the International Association of Fire Fighters. Silent Spring Institute filed an affidavit in support of banning these chemicals as a group. We also provided testimony before the federal panel, outlining the dangers of these chemicals.

With this vote, CPSC is now directing its staff to begin the rulemaking process for removing products from the market that contain organohalogen flame retardants. The commission is also going to convene a Chronic Hazard Advisory Panel that will provide scientific expertise to help guide the process.

As scientists, we have been sounding the alarm for many years about the public’s widespread exposure to dangerous flame retardant chemicals in consumer products. By addressing a whole class of related chemicals, as opposed to just one “bad actor” at a time, the CPSC decision will prevent industry from substituting one toxic chemical for another—an unfortunate practice that is all too common.

Robert Adler, one of the commissioners who voted in favor of granting the petition said in a statement, “It defies common sense to do a one-by-one approach given the reality that consumers, especially children, encounter [organohalogen flame retardants] as mixtures, not as individual chemicals.”

We applaud CPSC for choosing to adopt a more effective approach to regulating flame retardants—one that will protect consumers from toxic chemicals in every day products and prevent harm. 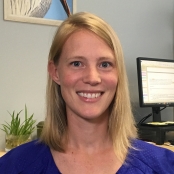 Kathryn Rogers is a staff scientist at Silent Spring Institute. Her research focuses on everyday exposures to flame retardants and other common chemicals in consumer products.

Story by the Chicago Tribune on the CPSC vote.

Profile of Arlene Blum and Eve Gartner: "How Two Women Teamed Up to Take on the Chemical Industry—and Won."