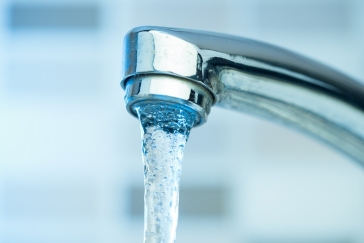 Silent Spring Institute is the recipient of an initial $1 million grant from the Centers for Disease Control and Prevention (CDC) and the Agency for Toxic Substances and Disease Registry (ATSDR) to investigate the human health effects from exposure to PFAS contaminants in drinking water.

The study is one of seven projects being funded through ATSDR’s new health study on PFAS, involving multiple communities across the United States. The grant covers the first year of a five-year effort. The Silent Spring project will focus on two communities in Eastern Massachusetts—Hyannis and Ayer—where public drinking water supplies have been contaminated by PFAS from the use of firefighting foams at nearby fire training areas.

PFAS (also known as per- and polyfluoroalkyl substances) are a class of hazardous chemicals that have been detected in drinking water supplies across the country. More than 100 million Americans are estimated to have PFAS in their tap water and the Department of Defense has identified some 400 military sites that are known or suspected to have PFAS contamination. In addition to firefighting foams, PFAS are also used in a wide range of consumer products, including grease-proof food packaging, waterproof apparel, and stain-resistant carpets.

“Despite the growing number of towns dealing with contamination, there have been few human health studies in communities that have been exposed to PFAS in drinking water,” says co-principal investigator Laurel Schaider, PhD, an environmental chemist at Silent Spring Institute. “The ATSDR health study is the first to look at exposures at multiple sites across the country, allowing us to identify health effects that are hard to study by looking at each community separately.”

Schaider is leading the Silent Spring project in collaboration with researchers at the Harvard T.H. Chan School of Public Health and Eastern Research Group. The community partners include People of Ayer Concerned about the Environment (PACE) and Massachusetts Breast Cancer Coalition (MBCC).

The team plans to collect blood samples from 1000 adults and 300 children in Hyannis and Ayer. The researchers will analyze the samples for a range of known PFAS chemicals, biological markers of different health effects (including effects on the immune system, reproduction, cholesterol levels, and neurobehavioral effects in children), and previously unknown PFAS chemicals that the study participants may have been exposed to.

Because PFAS can pass through the placenta and be transferred to babies through breast milk, the researchers will also use modeling to estimate how much children are exposed to PFAS in the womb and through breastfeeding.

“These are critical periods in life when the body is sensitive to chemical exposures, so it’s important that we understand the health impacts on these vulnerable populations,” says Harvard Chan School epidemiologist Philippe Grandjean, PhD, who is co-principal investigator on the project.

Combined findings from the multi-site health study will help local officials and state and federal government agencies make better decisions about how to protect public health and support affected communities in mitigating PFAS exposures. “Engaging community members in learning about their exposures can also help them know how to talk to their health care providers or advocate for health monitoring,” says Schaider.

“This is a pressing public health issue,” says Laurie Nehring, president of PACE. “Communities across the country are discovering that their water is contaminated. They’re concerned and they want answers, so it’s important that we fully understand what the risks are so we can take steps to protect our health.”

In 2018, Silent Spring Institute and their collaborators launched a project, called PFAS-REACH, to investigate the effects of contaminated drinking water on the efficacy of childhood vaccines. The new ATSDR study includes both adults and children, and is investigating a wide range of health effects.

“We all have a right to safe drinking water,” says MBCC executive director Cheryl Osimo. “MBCC is grateful to be a part of this new national health study to ensure our children, grandchildren, and future generations have access to drinking water that is free of harmful pollutants.”