Looking ahead after Boston says no to flame retardant

Four years ago, when I first started to look into the use of flame retardant chemicals in Massachusetts, little did I know I’d soon be elbow-deep in fire codes, deciphering their meaning. But as our recent victory in Boston showed, translating science into policies that protect health requires identifying the barriers to change. And sometimes those barriers can be tucked away in obscure regulations, codes, and standards.

In April, Boston Mayor Marty Walsh signed a bill to amend the Boston Fire Code so that public spaces in the city can now have furniture free of harmful flame retardant chemicals. This was a major win for public health that doesn’t compromise fire safety. A number of organizations were active in supporting this change—including firefighters, scientists, health care organizations, schools and colleges, students, concerned residents, and many more—demonstrating the power of a diverse coalition. The new change also extends from research that Silent Spring Institute conducted almost 10 years ago when we found that Californians have twice the national average of toxic flame retardants in their blood as a result of the state’s flammability standard for furniture.

Now, in the immediate aftermath of Boston’s fire code update, a number of places at Harvard—including Harvard Business School, Harvard Medical School, Harvard T.H. Chan School of Public Health—as well as Harvard University Housing have begun the switch to flame retardant-free furniture for their upcoming renovation projects. Following the lead of Facebook, Staples, and Kaiser Permanente, Harvard recently became the first university to sign an institution-wide pledge to purchase flame retardant-free furniture. Imagine a college lecture hall that seats 150 students. If we estimate that the life of that classroom’s furniture is 25 years, and approximately 5000 students sit in that room each year, that’s 125,000 students who will not be exposed to these harmful chemicals in that one classroom.

What happened in Boston is a reflection of a changing culture, not just among large institutions, but also among first responders concerned about the health risks from exposure to flame retardants and the high cancer rates among their ranks. For instance, the Boston Fire Department recently released a video showing how a new generation of firefighters is being instructed on how to reduce their chemical exposures by cleaning their gear, showering after responding to a fire, exercising vigorously within 24 hours of responding to a fire, eating healthy, and engaging in other activities to protect their health.

While the passing of new legislation is a great victory for Boston, and Silent Spring Institute is proud to have contributed to bringing about change in the city, the truth is that flame retardant manufacturers still sit on large deposits of bromine, the key element in many flame retardant chemicals. These companies are looking for other avenues to get their chemicals on the market, such as incorporating them in other consumer products like plastics and electronics.

Standards organizations and government agencies in the U.S., as well as internationally, are currently developing and reviewing other flammability standards. We hope these groups consider the potential health effects of the chemicals that manufacturers often add to products in order to meet these standards, especially when there are non-toxic ways of achieving fire safety, such as the use of sprinkler systems, smoke detectors, and smoking bans. Let’s keep the momentum going and continue to support policies that help prevent fires in ways that don’t put people’s health at risk. 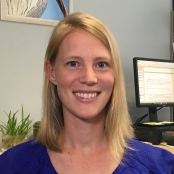 Kathryn Rodgers is a staff scientist at Silent Spring Institute. Her research focuses on everyday exposures to flame retardants and other common chemicals in consumer products.